Why Sleep Apnea is Dangerous?

Sleep apnea is a dangerous condition that can lead to serious health problems. It is characterized by abnormal pauses in breathing or shallow breaths during sleep. These episodes are called “apneas” and result in decreased oxygen levels for the brain, disrupting its normal functioning.

10 Reasons Why Sleep Apnea is Dangerous

Sleep apnea is dangerous because people with this condition may stop breathing for short periods, resulting in oxygen deprivation. Depriving the body of oxygen puts stress on organs and tissues and may lead to serious health problems. The lack of oxygen can affect the brain’s ability to function appropriately during waking hours.

In addition, too little oxygen in the blood results in a buildup of carbon dioxide that can result in respiratory acidosis or cardiovascular disease if severe enough.

People with untreated sleep apnea are at an increased risk for developing carbon monoxide poisoning because they tend to breathe more slowly and deeply than those without this condition do. When someone breathes rapidly and shallowly, not much air reaches the lungs, so very little oxygen enters them as well.

However, there is plenty of room for carbon monoxide molecules from car exhaust fumes or gas stoves to accumulate instead since they bond much more tightly with the oxygen-carrying hemoglobin in red blood cells than their own does.

3. Dangerous fatigue during the day

People who have untreated sleep apnea are typically fatigued during the day and may fall asleep without warning. This increases their risk for accidents and injuries such as car crashes, falls, or burns because they don’t realize what is happening until it is too late to do anything about it.

The risk for stroke increases considerably when a person has obstructive sleep apnea. Their airway may become entirely blocked while asleep resulting in death if not resuscitated by another person quickly enough.

If this happens often enough, it can cause blood to pool in the brain, leading to a hemorrhagic stroke if there is bleeding into or around these vital tissues.

Over time, a person’s risk of developing heart disease and other cardiovascular conditions increases with untreated sleep apnea. High blood pressure is the hallmark symptom that someone has this condition because it can cause damage to organs such as the kidneys or brain over time.

High blood sugar is another common complication associated with sleep apnea because people have less oxygen reaching their cells during episodes of breathing impairment at night. 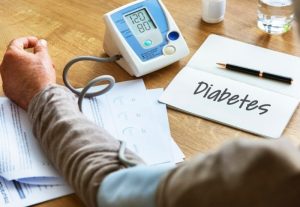 People with untreated sleep apnea tend to gain more weight over time because they cannot make up for the energy normally expended during deep sleeping.

Besides, when their breathing is temporarily interrupted at night, they may have a snack or glass of water before going back to bed, contributing to weight gain. This can lead to obesity, contributing to further health problems like heart disease, diabetes, and cancer.

The stress that results from poor quality sleep due to frequent interruptions in breathing patterns may cause mood disorders like depression.

This could be deadly since it often leads people who have this condition to attempt suicide or become violent towards others unnecessarily without realizing what is happening until later on when they think about their behavior.

Sleep apnea can result in a buildup of fat in the liver, known as hepatic steatosis, and causes this vital organ to fail over time if it becomes severe enough.

Symptoms include fatigue, jaundice (yellowing of the skin), nausea, vomiting, or abdominal pain that may point towards serious health problems such as cirrhosis or cancer. Therefore, treatment should be sought immediately from an otolaryngologist who specializes in sleep disorders.

People risk death from sudden respiratory arrest during deep sleep when obstructive sleep apnea is left untreated for too long. This is because there is not enough oxygen reaching the brain due to air being blocked at some point and their airway becomes obstructed or closed.

Some signs that you might have this disorder are: 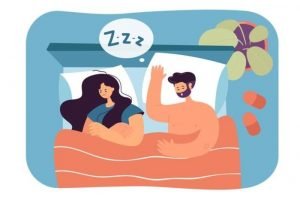 Other symptoms could include: insomnia, restless leg syndrome, high blood pressure, or feeling fatigued all the time without any explanation as to why this is happening.

Sleep apnea is dangerous and should be treated as soon as possible, so symptoms do not worsen and become life-threatening. Often people with sleep apnea don’t realize they have it because their breathing pattern during the day doesn’t show any abnormalities.

This is why people need to get screened regularly (at least once every few years) by a doctor specializing in sleep disorders if they are experiencing these signs and symptoms regularly without knowing the reason behind this behavior.

This is especially true if their bed partner has noticed that something seems amiss with their nighttime snoring or breathing patterns. The sooner people get treated for this disorder, the more likely they can avoid further health problems and lead a normal life without any additional issues that could arise if left untreated.